The occultist, who had performed the black magic had claimed that none would be able to bring Mutharasan back to his senses. 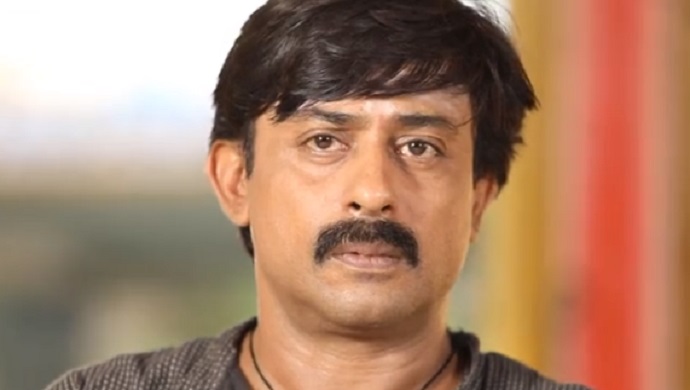 Mutharasan of Yaaradi Nee Mohini is not in control of his senses because he has been hypnotised by an occultist hired by Swetha who wishes to marry him by hook or crook. She knows that Mutharasan will never agree to marry her if he is conscious of his actions. Hence, to get what she wants and to put Vennila down, she stoops to a low level to achieve her goal.

Ruthra, Mutharasan’s daughter from his first wife Chitra, dreams of her mother telling her about her father’s condition. Ruthra comes to know that Swetha hired an occultist to hypnotise her father and make him dance to her tunes. The little girl informs Annamalai about her father and asks him to find a solution.

Annamalai, reluctantly informs Janani, Goutham and Karthik that Mutharasan is hypnotised. He tells them that he will not be able to let Vennila know about it. Vennila is already heartbroken after seeing visible changes in Mutharasan’s attitude towards her. She also sees him exchanging pleasant conversations with Swetha.

Will Annamalai tell Vennila about Mutharasan’s present state of mind? Will Vennila be able to save the love of her life from the black magic? The occultist, who had performed the black magic had claimed that none would be able to bring Mutharasan back to his senses. If ever someone tries to do so, they will invite death not only to themselves but to Mutharasan as well.

In such a condition, how will Vennila or Annamalai save Mutharasan? Moreover, Mutharasan doesn’t recall the promises made to Vennila. Such is the impact of the black magic on him. Will Vennila invoke a stronger power to save Mutharasan? Let us know what you think in the comments below!

To watch Tamil TV shows, check out the videos of Piriyatha Varam Vedum streaming on ZEE5.

Will Sathya Come To Know That Divya Is Prabhu's Fiancée?