Maruthu, who helped Swetha in disposing of Kulanagini's dead body, finds a golden piece of paper that has a message written on it. 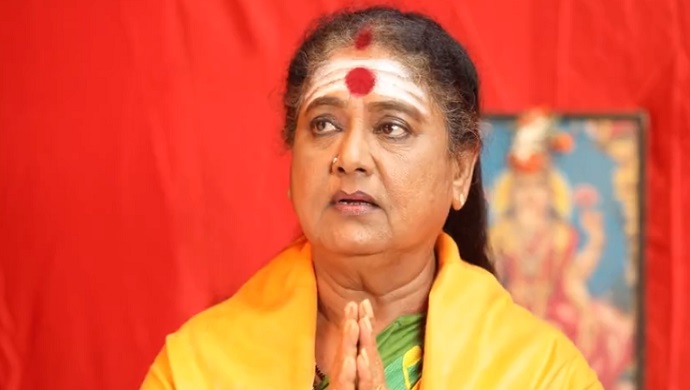 Swetha of Yaaradi Nee Mohini has crossed all limits of inhumanity. To satisfy her inflated ego and obsession for Mutharasan, Swetha goes to the extent of killing Kulanagini for supporting Vennila. But she will have to face the consequences of her committing sins one after the other. Maruthu, who helped Swetha in disposing of Kulanagini’s dead body, finds a golden piece of paper that has a message written on it.

He throws it away while returning from the ground where he had dumped Kulanagini’s dead body. But it reaches its original recipient, Swetha, when a powerful breeze blows into her room in Mutharasan’s mansion. Maruthu tells Swetha not to take it lightly and dismiss it thinking its a piece of paper. To know what what the golden writing conveys, Swetha visits Guruji’s camp.

Guruji had warned Swetha on several occasions not to mess with Vennila, so he cautions her once again about the consequences of her actions. He reads out Kulanagini’s message to Swetha that states that the latter will not be able to succeed in his plan to marry Mutharasan.

But Swetha doesn’t take the Guruji’s words of caution or Kulanagini’s message seriously. However, no matter what she does, the golden paper returns to her. To get rid of it, Swetha dumps the piece of paper in a deep hole dug into the ground. Moreover, she refuses to believe that Vennila has divine powers. So she looks determined to prove that the Guruji is exaggerating. Swetha also thinks that her victory is assured. Will Swetha realise that she will make a grave mistake by overruling Guruji and Kulanagini? To know what happens, continue to watch Yaaradi Nee Mohini, and for more entertainment, check out Sathya, the love story of a tomboyish girl.

Sathya Kissing Prabhu On Her Birthday Will Melt Your Heart, Watch Video