Yaaradi Nee Mohini: Will Swetha Prove She Loves Mutharasan More Than Her Life?

The Guruji tells Swetha to think of a way she can prove that her feelings for Mutharasan are genuine. 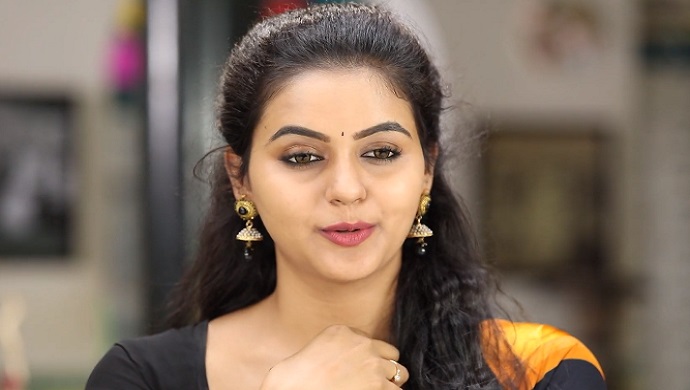 Will Swetha of Yaaradi Nee Mohini achieve her goal of marrying Mutharasan by overpowering Vennila’s sincere feelings? Swetha is hell-bent on initiating the pre-wedding ceremonies so ensure there are no hurdles on the day of her marriage. After knowing that Mutharasan personally served food to Vennila, Swetha feels she may not succeed in her attempts. So she seeks help from the Guruji, who asks her to prove that she loves Mutharasan and not his wealth. The Guruji tells Swetha to think of a way she can prove that her feelings for Mutharasan are genuine.

The Guruji, an occultist, has possessed Mutharasan with his black magic. He assures Swetha that no one can stop her marriage with Mutharsan. However, he tells her that she must only focus on her goal and not think about humiliating Vennila. Endowed with divine powers, Vennila can make impossible things happen. So he asks Swetha to be wary of Vennila.

To achieve what she wants, Swetha chalks out a plan to organise a pre-wedding ritual which would require her and Mutharasan to offer their prayers to the sacred bead (Mangalyam or Mangalsutra). She purposely describes her plan in the presence of Annamalai, knowing that he would execute a counter plan.

As expected, Annamalai delegates a task to some of his friends to stop the jeweller carrying the Mangalyam from reaching Mutharasan’s mansion. Annamalai’s aides purposely delay the arrival of the jeweller by engaging him in useless talks.

Will Swetha prove she loves Mutharasan and not his wealth? Watch the show to find out!