Yaaradi Nee Mohini: Will Vennila And Annamalai Come To Know That Mutharasan Is Hypnotised?

Annamalai wonders what is wrong with Mutharasan. Even Vennila fears she might lose Mutharasan to Swetha. 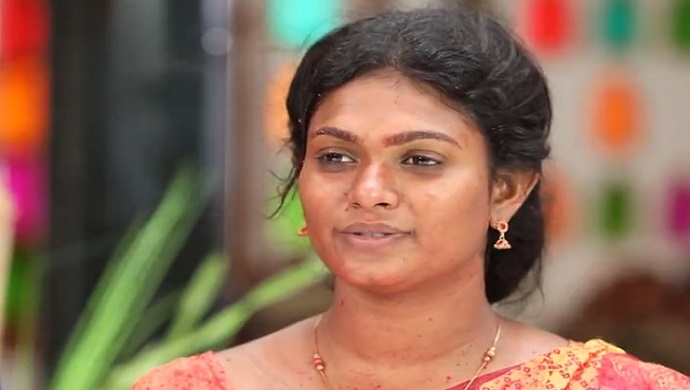 The makers of Yaaradi Nee Mohini have left no stone unturned to make the ongoing track intriguing. The upcoming episodes promise entertainment like never before. Vennila comes to know that Mutharasan and Ruthra have landed at an occultist’s camp who is only going to make things worse. So to save them, she undergoes severe penance during a puja to save Mutharasan and Ruthra from the evil. However, she is not aware of Swetha’s involvement with the occultist.

Meanwhile, Swetha dresses up like a bride to get married to Mutharasan after the occultist promises her that he would organise her wedding ceremony soon after hypnotising Mutharasan. During the last leg of the havan, he realises that someone is performing puja to cut its effect on Mutharasan and Ruthra. After the Guruji alerts Swetha, she asks her goons to disrupt the Puja, and destroy Vennila’s efforts. A pot of milk that Vennila had to carry to the nearest pond, falls off her hand after Swetha’s goon push her. But the divine powers don’t let Vennila’s efforts go waste.

A five-headed snake appears in front of the guruji and ruins his plans of getting Swetha married to Mutharasan. Thus, Swetha’s wedding ceremony gets postponed but Muthurasan continues to remain hypnotised. After reaching home, Muthurasan forgets all about his relationship with Vennila. He shocks everyone by speaking affectionately with Swetha and treats her like the special woman in his life.

Annamalai wonders what is wrong with Mutharasan. Even Vennila fears she might lose Mutharasan to Swetha. Will they come to know that Mutharsan is hypnotised? How will they save Mutharasan from getting married to Swetha? Will Chitra make her presence felt to stop him from ruining his life?

What do you think will happen and will Vennila risk her life to save Mutharasan? For more Tamil shows, check the videos of Poove Poochoodava streaming on ZEE5.