Yaaradi Nee Mohini: Will Vennila Be Able To Save Mutharasan After Regaining Consciousness?

Swetha will be in for a shock after knowing that the man whom she got admitted is not Mutharasan but someone else. 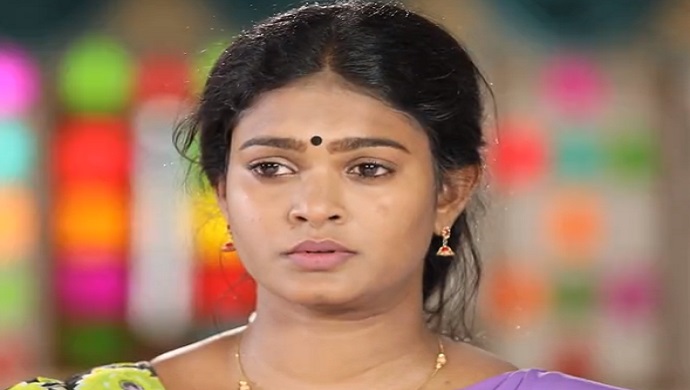 For those who have been wondering what will happen if Swetha of Yaaradi Nee Mohini proves to Mutharasan that she saved him from the goons, here’s the answer. Swetha hasn’t seen the man lying on the backseat of her car. She thinks it is Mutharasan and assures him that she will save him. Fortunately for Vennila, Mutharasan lies unconscious next to her on the ground. Thus, she gets the opportunity to save him.

In today’s episode, Vennila regains consciousness and sees Mutharasan lying next to her. She tries to bring him back to consciousness but fails. Meanwhile, Swetha who has no clue that she is getting the wrong person admitted to the hospital, asks the staff to take care of him. Interestingly, Swetha will be in for a shock after knowing that the man whom she got admitted is not Mutharasan but someone else. However, the big question is this – will Vennila save Mutharasan?

For the unversed, Swetha stages an act with the help of her hired goons to prove that she is willing to sacrifice her life for Mutharasan. However, in spite of being warned by the Guruji, Swetha drags Vennila into the picture to kill her. She purposely visits a temple with Mutharasan to make Vennila witness the staged attack. She knows that Vennila would save Mutharasan. Thus, she tries to win the credit of saving Mutharasan by using Vennila.

Sadly, Swetha has stooped so low that no matter what she does, the Almighty will never forgive her. She killed Kulanagini for helping Annamalai by performing a yagya.

The yagya was performed to save Mutharasan from the effects of the black magic. And now Swetha is determined to eliminate Vennila from her path, even after knowing that she is God’s child. For more entertainment, watch Piriyadha Varam Vendum, on ZEE5.

If You Have A Sweet Tooth Like Karthick Vasu, Know How To Make Gulab Jamun At Home