Yaaradi Nee Mohini: Will Vennila Save Mutharsan From The Wild Bull?

In a hypnotised state, Mutharsan happily agrees to marry Swetha and even talks of getting Vennila married to someone else. 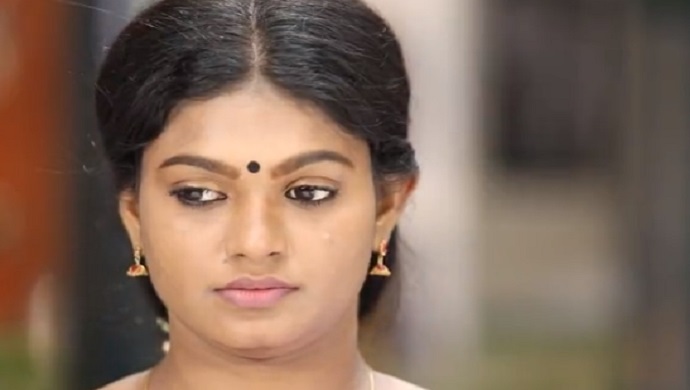 The best thing about Vennila of Yaaradi Nee Mohini is that she epitomises unconditional love. Vennila’s love for Mutharasan and his daughter Ruthra is incomparable. Her clear conscience and genuine intentions make her an exact opposite of Swetha, who thinks evil. The current track of Yaaradi Nee Mohini revolves around Mutharasan, who has been hypnotised by an occultist hired by Swetha.

Swetha (played by Chaitra Reddy) is the main antagonist of the super-hit supernatural thriller. She is desperate to get married to Mutharasan (played by Shreekumar), who is least inclined towards her. To satisfy her inflated ego, and defeat Vennila (played by Nakshatra), Swetha hatches a plot to achieve multiple goals in one go. She hires an occultist, who performs a very powerful Puja to take control of Mutharasan’s senses. The Occultist hypnotises Mutharasan to such an extent that he forgets all about the promise of marriage he made to Vennila.

Mutharasan gets possessed by the powers of the occultist who makes him dance to Swetha’s tunes. In a hypnotised state, Mutharsan happily agrees to marry Swetha and even talks of getting Vennila married to someone else. And now there seems to be a threat to Mutharasan’s life. Will Vennila save him from a wild bull that marches towards him?

For those who missed the latest episode, here’s a summary. Annamalai takes Vennila to a Guru Maa, who comforts Vennila by giving her an assurance of her victory. She tells Vennila that her love and unshakable faith will prove stronger than the evil powers. For more entertainment, watch Piriyatha Varam Vendum on ZEE5.