The way Chaitra depicts the character Swetha onscreen, we all surely hate her, for her cruel mannerisms and sly actions. 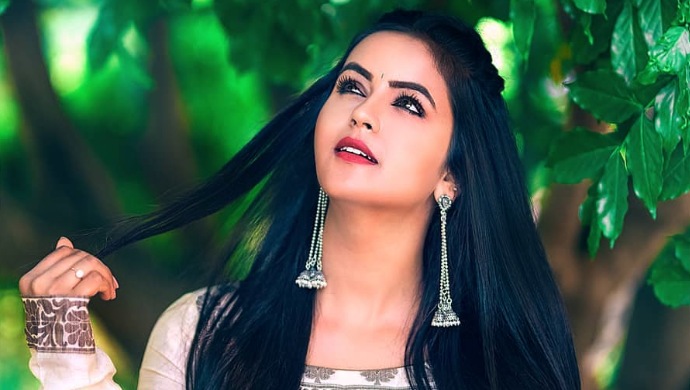 Yaaradi Nee Mohini is one show that makes you want to cherish life for the way Rudra (Lisha) and Vennila (Nakshathra) let you see the positive side in life with their cute smile and determination. On the other hand, with the presence of Swetha (Chaitra Reddy), it also wants you to bite your lips in anticipation and worry about the safety and well being of the former two characters. In the show, Swetha is that negative character whom we all despise but the real-life person behind Swetha is someone we all would love to draw inspiration from.

Watch the conflict between Vennila and Swetha in the show Yaaradi Nee Mohini.

The way Chaitra depicts the character Swetha, we all surely hate her, for her cruel mannerisms and sly actions but one must say that it is her talent that makes this actor create such an aura about the character. Now, this bubbly and cheerful actress has a huge fan base who would just go bonkers over her cute Instagram pics and positivity posts. But this talented star is also a fan who almost feels the same kind of emotion for her cherished diva. And her favourite star is none other than the Superstar Rajinikanth.

Rajinikanth is definitely someone who attracts a huge fan following and has been one of those few stars who has left a mark on the minds of the audiences with his distinct style and the iconic manner in which he delivers dialogue. But when you see a star having and sharing that fan moment over the Superstar of the Tamil industry is just too cute to handle.

It was not just this instance when Chaitra had taken it to her Insta page to share her love for this star but earlier too we had witnessed a post of similar nature. Check out those pictures below.

Meeting him is a dream for anyone😍! But my dream came true❤️! #thalaivar #rajini_sir #mygod#kaala#kaalakarikaalan

So, what do you think about this star and the fan? Which was the fan moment that you would like to share?

Vennila Ties A Bell At Kaattil Mekkathil Temple; All You Need To Know About The Tradition

RJ Balaji's Character In Vadacurry Is One Of The Highlights Of The Film, Here's Why