Yaaradi Nee Mohini’s Vennila And Rudra Bond Off Screen Is Too Cute To Be Missed!

On the show, Rudra is consistently trying to help Vennila and keeping her safe from troubles. 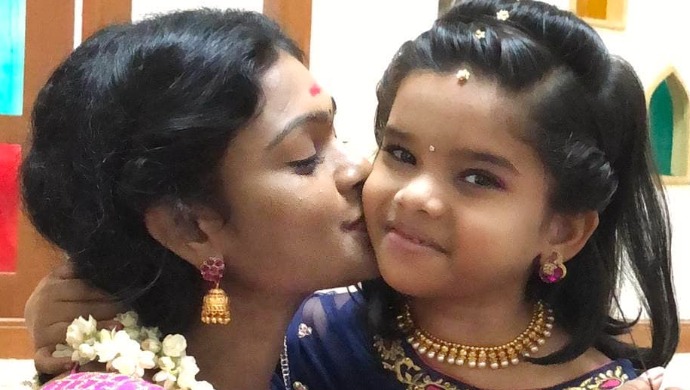 Yaaradi Nee Mohini is a series that has been creating a buzz in the industry since that time it first aired on ZEE5. The series deals with the life and issues that Vennila has to face at the hands of Muthrasan’s family. The role of Vennila is essayed by actress Nakshathra who very effortlessly handles the ups and downs of the character. Now, in the journey of Vennila through the various problems in the series, she has always had a companion in the form of the character Rudra, a part played by Lisha. Rudra, as we see, is consistently trying to help Vennila and keeping her safe from troubles.

Watch the special bond between Rudra and Vennila, in the series Yaaradi Nee Mohini.

It might surprise you to know that these actors are not just best buddies onscreen but they take a part of their relationship off-screen too. Thus, in spite of their age difference these two bond well and have fun during their bonding sessions. So, here are a few Instagram posts from both their accounts which prove the depth of their friendship.

1. In the company of singers

All you need is a partner to let loose that not so blessed singer in you, while both of you try to outsmart each other in the singing process.

2. Some dance moves are meant to be shared!

It’s definitely a fun thing when your dance partner is half your height but when the same partner is less than half your age then the matters take a different turn.

Your friendship is obviously great if your friend just refuses to leave your back!

When both you and your friend are Vijay fans and want to have fun, this is what happens.

5. Being Crazy Needs No Age!

You don’t need words when you have a friend crazy enough to make sense out of nothing significant.

So, which of these moments of these stars is your favourite? Share your thoughts with us in the section below.

Yaaradi Nee Mohini: Swetha Volunteers To Do The Puja For The Well-Being Of The Village