The enmity between the two has been one of the main points around which the series is built. 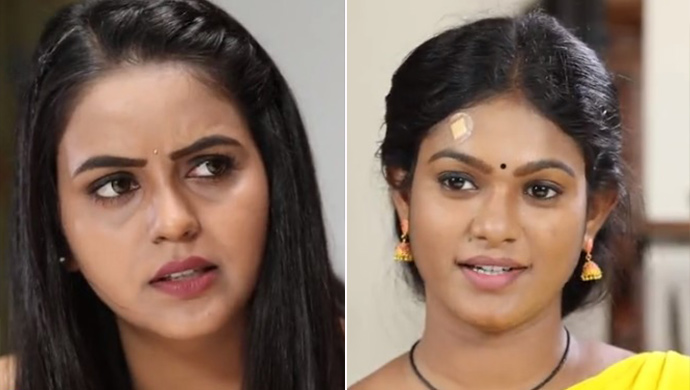 Yaaradi Nee Mohini is one of those series that streams on ZEE5, that has enough elements of a drama and a thriller packed into one single format and presented to the viewers. This series revolves around the life of Vennila, a part played by Nakshatra, a simple village girl and her love for Mutharasan. But like any other story, even this story has a set of villainous characters who are bent on making Vennila’s life hell. Although Neelambari comes across as a formidable foe, it is Shwetha, a role essayed by Chaitra Reddy, who takes the main lead of being the antagonist.

Watch the conflict between Shwetha and Vennila as depicted in the series Yaaradi Nee Mohini.

This enmity between the two, Vennila and Shwetha, has been one of the main points around which the series is built. Now, for a person who is not very familiar with the personal life of these stars, it may seem that these actors are actually are not tolerant of each other. This may seem so because of the intensity of their hatred that runs deep. But, the Instagram page of these stars tells us a different story.

So, here are some of the posts shared by these stars, for you to understand the true meaning of friendship.

Friendship is always better if you have some goals for you and your friend and song goal should be something that you should be inspired by these stars.

And here we are😍 I know it's been really very long that we did musically 🤗 so sorry for the long gap 😝 we shall be active like before 🙈 I just found this one viral on #musically So tried 😋 this was coreographered in just 5 mins 🙈 hopefully it's good 😍 comment below 🤩 #tiktik#musically#ondemand#fanslove#onlyforfans💪 VC : @yamuna_chinnadurai ❤

With friends, you do not need a theme or occasion to dance, for every moment of your friendship, is an occasion.

Expressions are the basis of any relationship and what better way to express to your friend about how much she/he means to you.

4. Their version of Shape Of You

You do not need grand plans and schemes to express your friendship. Even a peppy tune is enough for you to be jovial with your friend.

Friendship is all about making something out of nothing.

In case you missed out on an episode of Yaaradi Nee Mohini, you can now watch them on ZEE5.

Soodhu Kavvum: The Struggle Of Four Desperate People To Create Meaning In the Life.

Did You Understand The Social Message In Vadacurry?

You Will Be Surprised To See The Real Side Of Sathya's Anitha, Check Videos