We know fans of Sathya and Prabhu want to see the two of them get married, and this pic will make them happy for sure. 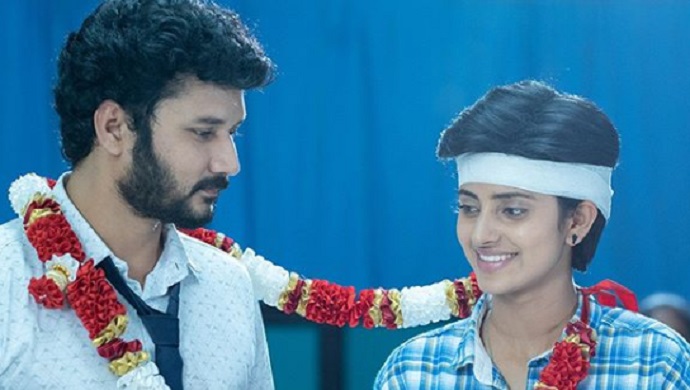 Can you imagine tomboyish Sathya in a bridal avatar? If not, we will share a pic that will help you make a sketch of hers dressed as a bride for her Amul Baby. Ayesha, the actress, who plays the titular role in the super-hit show, took to Instagram to share a pic in a traditional attire. We know fans of Sathya and Prabhu want to see the two of them get married, and this pic will make them happy for sure.

Ayesha shared the pic with a meaningful caption that reads: “Be your own kind of beautiful (sic).”

Be your own kind of beautiful 💕

Sathya has already started dreaming about marriage. In the recent episodes we saw how Sathya told the hospital staff about Prabhu being her future husband, and it proves she is earnestly looking forward to becoming his bride. Prabhu and Sathya share a crackling chemistry and their fans love it every time they share the frame. Everyone except for Divya wants Sathya to marry Prabhu but the man in question only treats her as his best friend. He had revealed why he doesn’t feel Sathya is worthy of becoming the daughter-in-law of the house. He feels that she will not be able to adjust with his family members and follow the traditions. Hence, he feels it is best to remain friends with her. He continues to nurture the desire of marrying Divya, Sathya’s elder sister without knowing that the two are siblings. Prabhu tries his best to avoid meeting Sathya, but destiny brings him closer to her the farther he wishes to go.

To know who will end up marrying Prabhu, keep watching Sathya, and for more entertainment, watch Nachiyarpuram, a show starring real-life couple Dinesh and Rachitha, on ZEE5.