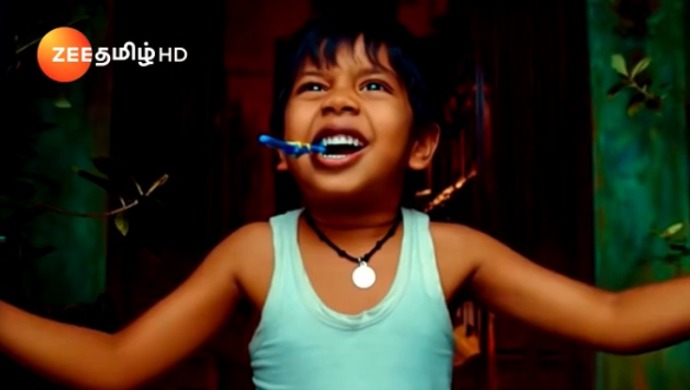 Thiagarajan Kumararaja’s 2019 summer hit, Super Deluxe, has already found a cult status among fans! In the film, as four parallel plots merge into one compelling tale, every character manages to stand tall. Needless to say, the story of the transgender, Shilpa, and her son Rasukutty, has also found tremendous appreciation from fans and critics alike. The characters, played by Vijay Sethupathi and Ashwanth, touched souls and left many dumbfounded. Small wonder then that this movie for nominated in Zee Cine Awards Tamil under several categories. Bollywood actor Ranveer Singh also shared his thoughts on the same, especially Rasukutty.

During an actor’s group discussion held by Anupama Chopra, Ranveer and Vijay shared the same space, and the Bollywood actor went on about how impressive Vijay was in Super Deluxe. But it was Rasukutty who legit blew Singh’s mind. Calling his performance phenomenal and magical, Ranveer further added about how the chemistry between Ashwanth and Vijay Sethupathi, was extraordinary.

As Rasukutty was announced as the nominee for Zee Cine Awards 2020 in the Best Child Artist category, the video clip of Ranveer played in the background, showing him talking about Ashwanth’s performance. When asked to react to Singh’s video, the young artist, stated with utmost honesty, that he doesn’t know Ranveer Singh. But he sure did accept the mountain of praises raised by the Bollywood actor! Check out the video below.

For the uninitiated, Rasukutty (by Ashwanth) is a pivotal character in Super Deluxe. The character is the son of a transgender (played by Vijay Sethupathi) who finally meets his father, after almost seven years. The depiction of their relationship is beautiful and the artist has done a fabulous job!

Speaking of Vijay Sethupathi’s movies, we do have some of his films on our platform. The actor’s recent release, Sindhubaadh, which also stars Anjali, Vivek Prasanna, Surya Sethupathi, can be found right here on ZEE5. The story revolves around a small-time crook, Thiru, who falls in love with Venba. However, things take a tumultuous turn when Venba gets embroiled in skin trade, as her father sells her away. Carted off to somewhere in Malaysia,  it now falls upon Thiru to find Venba and bring her back to safety, before things get ugly. How will he save his partner? Watch Sindhubaadh to know more!

Sathya 4 November 2019 Preview: Sathya Finally Finds Out The Truth About…

Sembaruthi 17 May 2019 Preview: Astrologer’s Prediction For…

Sathya 10 January 2020 Preview: Anita Suggests Getting Prabhu Married To Someone Else!