Zee5 Original Series Nisha: Was Asked Not To Socialise On The Set, Says Anish Padmanabhan 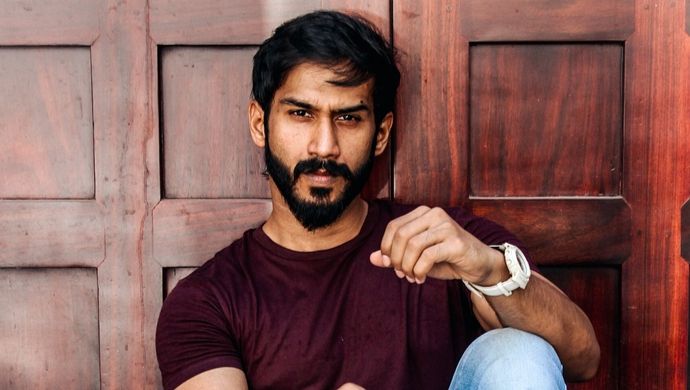 Anish Padmanabhan has carved a niche for himself both in movies and on television. Now, he is all set to make his debut on the web series platform with Zee5’s original show, Nisha. The actor will be playing a psychopath in this one and stunned the audience with his performance in the teaser itself. In an exclusive interview, Anish talks about how he prepared for the role, his favourite psychological thriller and what made him opt for this role. He also reveals why he was so anti-social and sometimes, even rude, on the sets.

Catch the first episode of Nisha here. Scroll down to read the interview with Anish Padmanabhan.

How was your experience shooting for Nisha?

Nisha is one of the craziest things I have ever done. I am not that person [the character] at all. When the script was given to me, I read it and I was like ‘Can I even be so cruel?’ But there is a very important aspect to this particular web series which actually pulled me into this. I loved doing this and I loved exploring myself through this.

This is vastly different from the roles you have played in the past. What was it like playing a negative role like this?

To be very frank, it’s not a negative role. It has a negative shade, but for a reason. To play this, I had to get into the skin of the character. I had to talk to my director who was very clear that I should not be talking to anybody on the sets or be friendly with any of my co-stars because then that will automatically translate into my performance. There came a point where I was getting too sympathetic to this character and I couldn’t transform that into a good scene. It was visible in the scene. My director then asked me to be rude. He [the director] made me change my voice. This is a very secretive character. When I heard my dubbing, I kept thinking to myself ‘this is not who I am’.

What was the most challenging bit about shooting for a web series?

First of all, it was time. We had a time constraint because web series can’t take too long. What was more challenging was my looks also. I am generally a person who takes care of everything but for this one, I had to let myself loose and not be myself at all. Sixty percent of the web series was shot at night so the scheduling was done post 7-8 pm. Playing the negative shade was absolutely another challenge.

How has the advent of OTT platforms changed things in the entertainment industry? Would you say there are better options for newcomers now?

Definitely. The concept of an actor is to completely lose his identity. In films, you have certain restrictions. Whereas on digital platforms, you have the option of experimenting. This is my personal opinion. Exploring and experimenting as an actor is something that gets you going with respect to digital media.

So far, you have done a film, played roles in Tv series and now you are one of the lead actors in the web series, Nisha. How would you compare your experiences among the three mediums? Would you now prefer doing more web series over films or television?

As an actor, I do not have the option of what to prefer. Whatever comes my way, I take it and I have a view towards acting. I have certain ideas in me. I love commercial cinema but I love experimental cinema as well. I love playing a lover boy, I am a dancer, I am into mixed martial arts, there are so many things I’m into. I’m prepared as an actor. For me, it’s more of an opportunity people give me. I played a deaf and dumb person in Mercury. Nisha came next to me.

Which was the last psychological thriller that you watched and were impressed with?

James McAvoy’s Split, directed by M Night Shyamalan. It took me to a whole new level. My all-time favourite would be Joker, currently played by Joaquin Phoenix. I loved Heath Ledger in The Dark Knight also.

How was it working with Vaibhavi?

Vaibhavi is a darling. She is a down to earth person. She has done about 2 films in Tamil and a lot of work in Mumbai. But she is someone who still wants to learn. She comes to the sets with an open mind. She is also open to getting advice. It was like 100% me and 100% her. I loved working with her.

3 reasons why everyone should watch this series.

Watch it for the characters, to understand why each one of them behave like what you saw in the trailer. The second reason would be the writing and making of the web series. It’s not those cliched thrillers. The third reason would be experience of a different genre, to get to know the surprise element.

If you like our original content, then watch ZEE5 original series, Fingertip, the story of four young people whose lives change because of one social media post, starring Akshara Hassan.